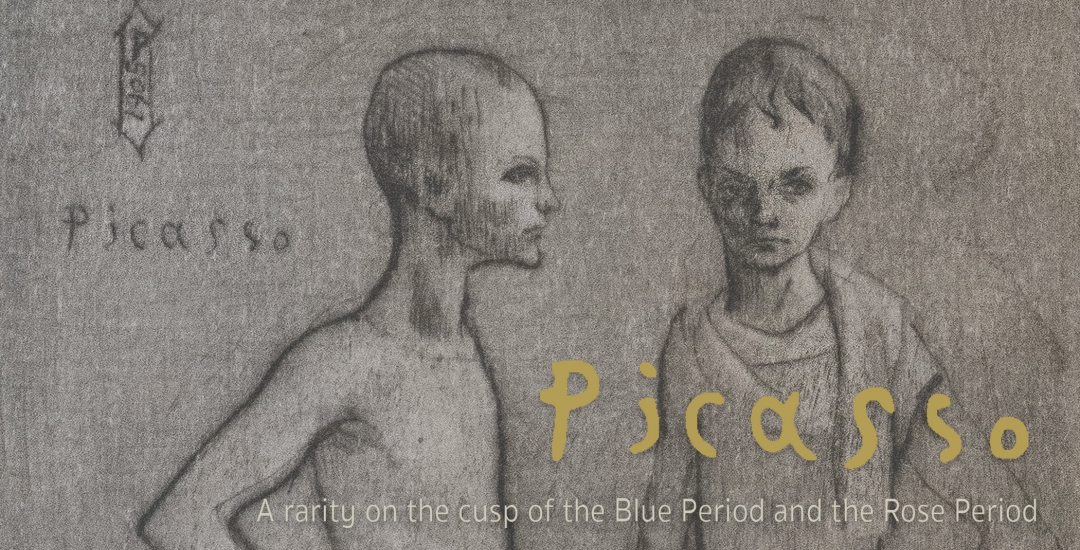 Now on View: Pablo Picasso, A Rarity on the Cusp of the Blue Period and the Rose Period

This virtual exhibition is a departure for us in that we are featuring one work only, Les Deux Saltimbanques, by Pablo Picasso. It can occupy center stage on its own.

Please click on the image above to enter the viewing room. 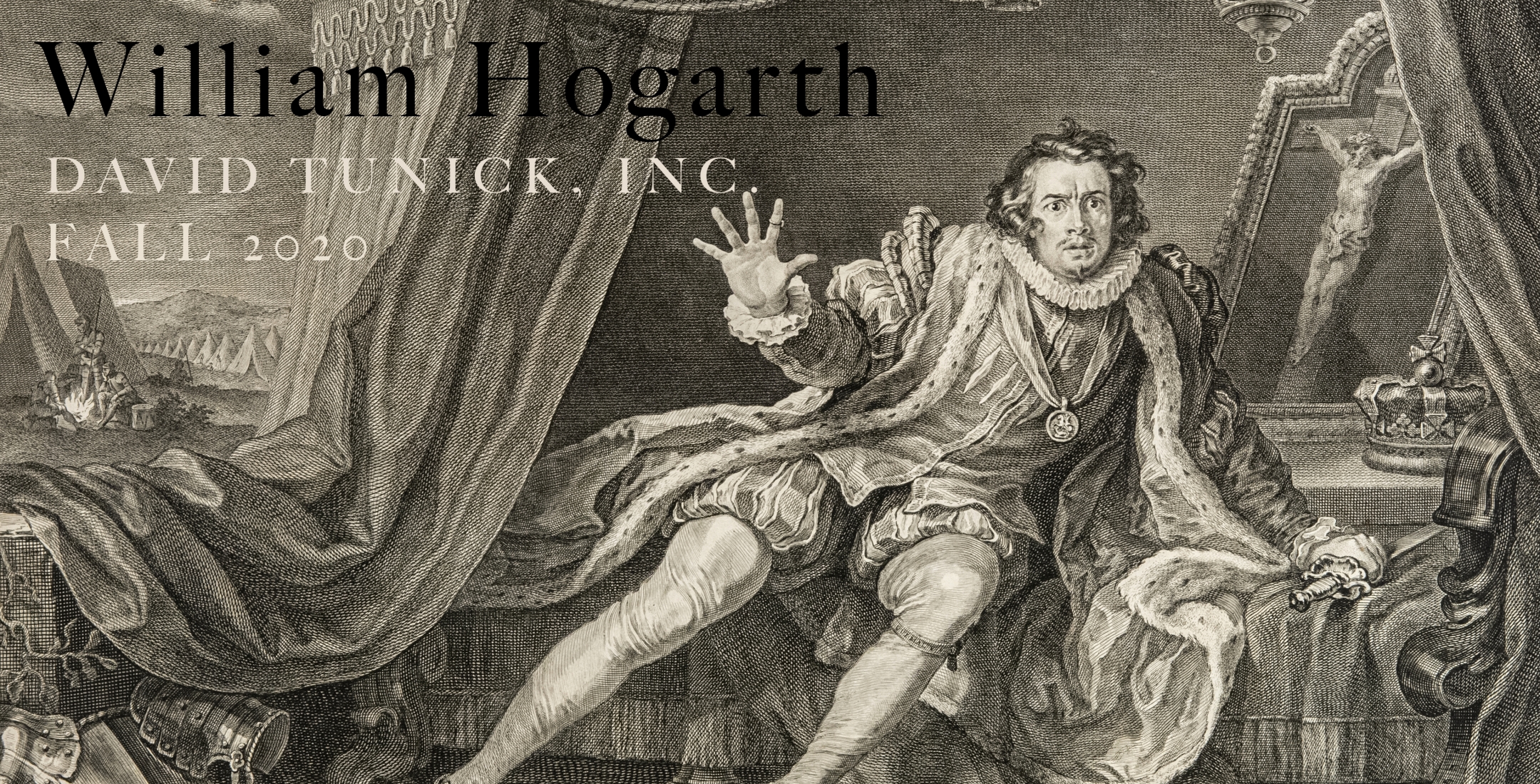 It is not an overstatement to characterize William Hogarth as pioneering and revolutionary. For his time he was avant-garde, cutting-edge, and shocking in his depiction of audacious subject matter. Trained as both a printmaker and painter, it was his prints that enabled him to reach and scandalize a domestic and international audience. Several series of his etchings – in particular, A Rake’s Progress, A Harlot’s Progress, Marriage à la Mode and Gin Street, Beer Lane – moralized, titillated, and with their massive popularity and commercial success brought Hogarth and English art its first widespread recognition beyond England’s own shores.

The material in this catalogue is the complete private collection of Hogarth prints formed by a discerning American collector, Herbert M. Schiller, M.D. Dr. Schiller did most of his buying in the 1990’s in London. The major sets and most of the major individual prints are represented.

The collection will first be offered en bloc so as to try to keep it together, but if it does not sell in its entirety, at some point we shall make the individual items available. 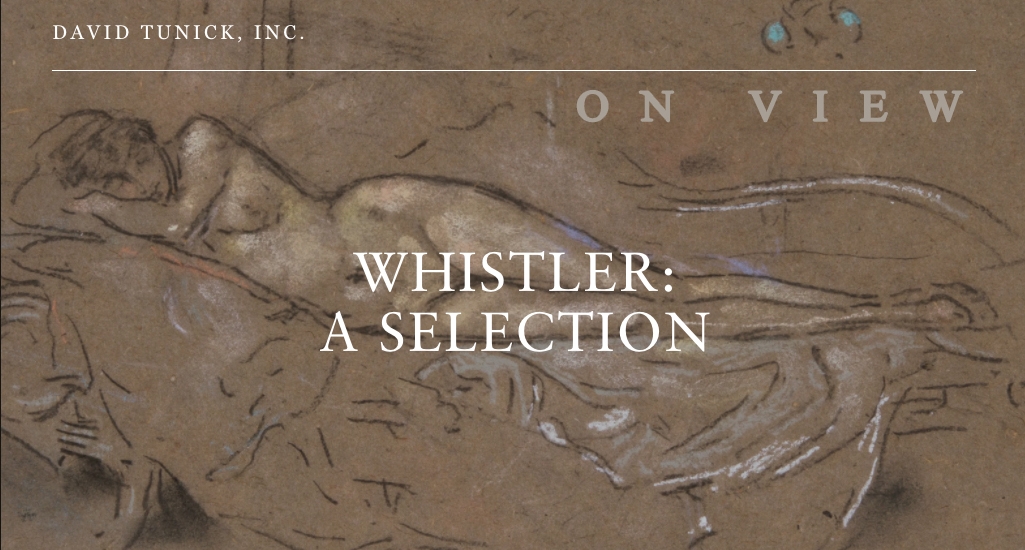 Now on View - Whistler: A Selection

"Nature contains the elements, in colour and form, of all pictures, as the keyboard contains the notes of all music.

But the artist is born to pick, and choose, and group with science, these elements, that the result may be beautiful – as the musician gathers his notes, and forms his chords, until he bring forth from chaos glorious harmony."

In this exhibition, we are pleased to present a selection of Whistler’s works on paper, highlighting in particular the breadth of his work in printmaking and his skill in lithography and intaglio mediums. 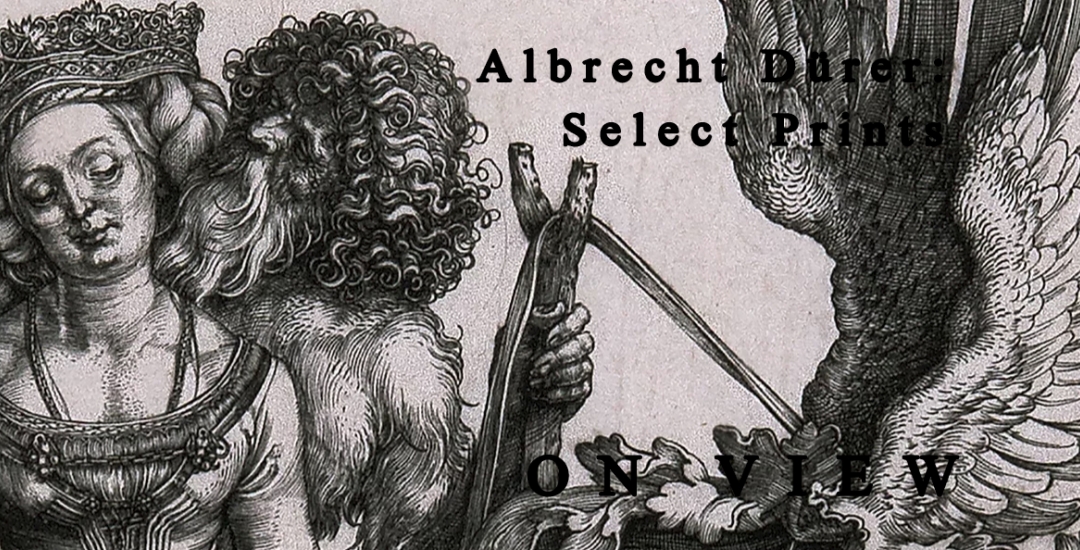 Albrecht Dürer was the towering genius of the Northern Renaissance. Painter, draftsman, and printmaker, it was his prints in particular that served to spread his name, fame, and influence throughout the European world beginning in the late 15th century. This exhibition highlights innovations in all three of the techniques in printmaking during the time of Dürer – woodcut, engraving, and etching – as exemplified in some of his best known graphic masterpieces. It also celebrates the continued relevance of his iconic images.